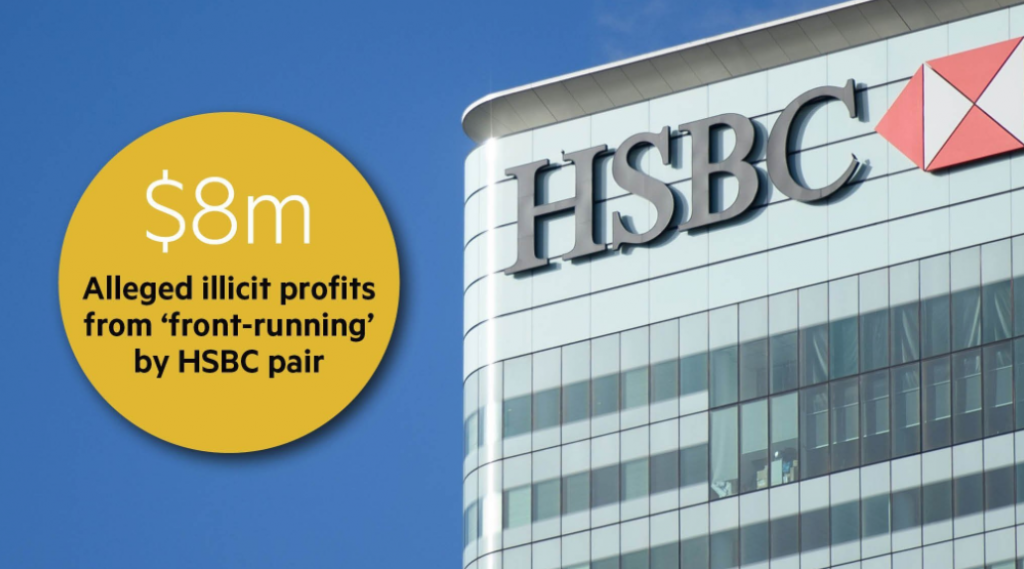 If you are interested in Forex, you will undoubtedly be aware that there have been some major FX scandals reported in the press in recent years.

The purpose of this page, is to have a look at some of these, to take a look below the surface and to better understand what I think about them and the reasons behind why these scandals are now being brought to light.

The first thing to say is I, almost certainly like you,  believe that if someone does something wrong and breaks the law, then they have to pay the price that society exacts.

In the west of course, this normally takes the form of a fine or custodial sentence given to the person who is found to be responsible.

Regulation of trader practices and behaviour has been scant, except from within the institutions that are making the markets, so proving someone's guilt when the so called 'crime' is not very clearly definable in the first place has been a  difficult task for authorities.

One thing is for sure however, allowing the banks and large financial institutions to police themselves is asking for trouble and akin to asking a poacher to make up the rules about what constitutes poaching, this surely has and will continue to lead to a conflict of interest.

Within the FX world, what is currently now happening, is that authorities on both sides of the Atlantic have the wind in their sails and are attacking both banks and traders - but as we will see below - they are mostly seeking custodial sentences from traders and are ignoring the directors of the top tier banks who were employing those traders.

They are looking to punish traders for 'crimes' committed sometimes years earlier when there was scant law on the statute books, no code of practice within many of the banks and certainly no industry wide code of practice. There is an air of retroactive prosecution swirling around the financial markets.

I personally do not believe this is fair.

In the USA all sorts of supposed misdemeanours are being rolled up and categorised as 'wire fraud', which is apparently the 'go to' charge for anyone the authorities in the US believe to have stepped out of line, but they don't have a real charge for. Such charges are almost meaningless, but once the luckless trader has been 'sold short' by the very bank which employed him and he is dressed up in an orange jump suit and the prosecution lays a few snippets of undecipherable and out of context conference call conversations between trader, stand up the person who will say 'not guilty'

Traders are also being charged with 'front running' a practice which has been common place for years and yet apparently over night is now longer an acceptable practice.

The banks themselves get fined, but no high ranking officials or directors are ever punished - well not yet at least. It seems like the small fish are easier to fry, plus the banks will always cough up some fine money, which can be used to start up other cases and finance the regulators going forward.

Before we get going on the details of the HSBC scandal and Mark Johnson, lets step back and review what happened during another crisis , some ten years back, because I believe the two are linked.

Yes,  I mean the housing crisis brought about by sub prime lending , we will have a look at the mortgage lender Countrywide amongst a few others.

As Exact Trading is a community of traders, please feel free to post comments or ask questions about any aspect of these investigations as they are potentially going to change the way banks make a market in FX.

Even though the housing crisis started and took place over ten years ago now, it is still fresh in people minds, this is because a lot of people were very badly hurt by it.

What made people angry then and still makes them very angry now, is that hardly anyone of any real stature went to prison for their part in what actually happened.

One of the reasons for this, is because the "Financial Instruments of Mass Destruction" like the CD'S which were created by the engineers on Wall Street were sanctioned by the banks for whom  those said engineers were working and they were then marketed by the said bank, end of.

Nobody was flying solo here. No trader was out on his own, the housing crisis was caused and sanctioned by the big bosses within the big banks.

Well Ok, I here you say, why didn't they go for the big bosses the people who sanctioned all this and bang them up? Well the answer is a simple as 1+2=3 the big bosses who run the big banks are firstly very well connected, if one was guilty them all of them were guilt and what's more those banks are huge political donors and huge corporate tax payers, nobody really wants t see any of those guys go to the wall - except the people that actually did go to the wall during that crisis which brought half of the western world to its knees.

Its sad but that's the way it is.

How anyone, who designed a system to fail, set it up and then created the instruments to 'bet' against the system, then loaded up themselves betting for the crash cannot be held responsible I will never be able to understand.

As far as I know just one person, who  became extra greedy and was IMHO was superfluous to the general requirements of Wall Street was sacrificed, to the justice department. One Angelo Mozillo. he was fined a record $ 22 million in 2008, but earned $470 million in 2001  and is still worth $600 in 2018.

themselves In this video, I consider what happened during the 2010 FLASH CRASH.

Whilst not strictly related to Forex, this story is vitally important for us, because it shows what is going on in the stock market a world which is quite heavily regulated and monitored.

If what you are about to listen to is going on in a world which is regulated... let me ask you a question. Can you imagine what is going on it the world of Forex which is the last true OTC(Over the Counter) market out there, with very little regulation at all?

Please Like and Leave Your Commens On These Videos

If you are really serious about becoming a better Forex trader then please think about my Forex Price Action course which includes everything you need to be able to understand Forex Price Action Trading. Once you have completed the course then you'll be ready for the 'Forex Bail In' method which I have developed for risk averse traders, who like the EUR/USD and GBP/USD markets.

Any cookies that may not be particularly necessary for the website to function and is used specifically to collect user personal data via analytics, ads, other embedded contents are termed as non-necessary cookies. It is mandatory to procure user consent prior to running these cookies on your website.